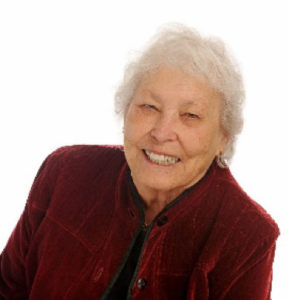 Maria B. Dwight’s work during the past 50 years has challenged the stereotypes of aging and ability at every level. She has envisioned and planned varied and multicultural communities all over the world that focus on keeping people healthy through preventive healthcare with supported autonomy and personal choice.

Maria Dwight, a Holyoke, MA native, joined in her first protest march in the mid-1950s as an undergraduate at Bryn Mawr College. This zeal for social justice led her inadvertently to the field of gerontology, which became her lifelong passion and profession.

Dwight was active in many facets of social reform in Massachusetts. She was a founder and President of Urban Ministry, a multi-faith coalition dedicated to participatory government within the inner city. She served on the Commission on the Status of Women, State Welfare Commission, and the Housing Finance Agency, among others. It was the experience as Chairman of the Geriatric Authority that brought her directly into the field of aging. Working through state and local politics in the early 1970s, she spearheaded the successful effort to reform a “Municipal Home” into a groundbreaking geriatric rehabilitation center. Her efforts were acknowledged by naming the new building “The Maria B Dwight Rehabilitation and Care Center.”

While raising her five children, Maria returned to Hampshire College to complete her undergraduate work and moved to California to earn her Master’s Degree in Gerontology from USC. She joined Gerontological Planning Associates as vice president in 1975 and in 1982, formed her own company, Gerontological Services Inc.

She has served on the Board of Overseers of Brandeis University, on the Boards of Centura Health System (Denver), Stonewall Communities (Boston), Wise and Healthy Aging (Los Angles), Williston Northampton School and currently sits of the board of Friends House in Santa Rosa, CA.

Dwight has been a 30-year faculty member of Harvard’s Graduate School of Design, as well as a presenter at Harvard’s Schools of Medicine and Public Health, MIT, UMass,

Boston University School of Medicine, California University of San Francisco, Los Angeles, San Diego and Irvine, USC School of Gerontology and testified before the U.S House of Representatives Committee on Education and Labor and U.S. Senate Committee on Housing and Urban Affairs.

She was appointed to the White House Conference on Aging, National Advisory Committee in 1981 and also served as a delegate where she was an active participant and advocate (unsuccessfully) for the integration of housing and services.

She has been a frequent speaker at international conferences including AHSA Asian Conference: Hyderabad, and Banglahore, India, Asian Health Conference Singapore, International Association of Homes and Services for the Aging Conferences: Australia, England, Norway, Malta as well as “Quo Vadis” in Berlin.

GSI established a reputation for creative problem solving and innovative approaches to new markets through data-based planning. It worked throughout the country and abroad as a leader in developing original concepts and future-intuitive responses to an ever-changing market segment.

After 50 years of service, Maria retired (at the age of 80) and Transforming Age of Seattle assumed the continuation of the GSI legacy.

Maria moved from southern California, after 42 years of commuting to LAX, and is living in west Sonoma County, on the Russian River. She continues to consult on special projects but is enjoying a more carefree life of an active mother and grandmother, private citizen, political activist and general agitator. She continues to travel for the pleasure of learning, having first arrived in China in 1978 as a part of the Gray Panthers. She has since visited and worked in a wide variety of countries, including Cuba, Myanmar, Cambodia, Singapore, Taiwan, Japan, Indonesia, New Zealand, Australia, South and Central America, Europe, India and Canada. Two great adventures include living with a Saami family (in a tent!) on the reindeer migration in Norway, and a scientific expedition to Antarctica. Maria Dwight will be remembered as a world-renowned visionary in the field of aging. Maria passed away in 2019